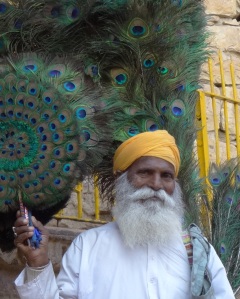 I have spent nearly a year of my life in India and have not made huge advances with the main language, Hindi. This lack is in large part due to so many Indians having a good working knowledge of English. Thus I have become lazy when I travel here and fall back on my native tongue.

However, on this, my fifth trip, I have not only added a few stock phrases to my vocabulary but have added a gesture which I was aware of but had never really attempted or understood. And what a revelation the Indian head wobble has been! The source of much confusion and wonderment amongst those not from the sub-continent, especially when one is confronted with it for the first time. It looks like a cross between a nod and shake, but does it mean yes? Or does it mean no? Or even maybe? The confusion is made even worse when the wobble is silent. Without speech to give any clues as to the message it’s supposed to convey, it’s easy to feel bewildered.

However, once you discover the meaning of the head wobble and its many uses, what’s really surprising is how infectious this gesture becomes. Anyone who’s spent a considerable amount of time in India is likely to have caught themselves unconsciously wobbling their head at some point. Even Indians who don’t normally wobble their heads very much will automatically do so in response to another head wobble.
So what is the mysterious and often comical head wobble all about? In essence, the head wobble is the non-verbal equivalent of that multipurpose and omnipresent Hindi word accha: it can mean anything from “good” to “I understand”. The most common use of the head wobble is to respond in the affirmative. For example, if you ask someone if the train is going to your destination and they wobble their head in reply, it means “yes”.

The head wobble is also often used as a sign that what’s being said is understood. For example, if you tell someone you’ll meet them at a certain place at 5 o’clock and they wobble their head at you, it means that it’s fine and they’ll be there.

Other situations where you’re likely to encounter a head wobble include:
• As an alternative to “thank you”, which is not commonly said in India.
• To acknowledge someone’s presence. This can be particularly useful if you see someone you know across the street but can’t shout out to them.
• As a gesture of kindness or benevolence, for example, if someone sits down next to you on the train.

Different Head Wobbles For Different Regions:
Similar to how the various regions in India have different customs and languages, the way in which heads are wobbled also varies. You’ll find that the further south you go in India, the more prevalent the head wobble becomes. People from states such as Kerala are very enthusiastic head wobblers, whereas in the mountains of northern India, the gesture is less common.
Without a doubt however, the head wobble is the one universal gesture that unites all Indians. Cultural and language barriers miraculously dissolve with a wobble. It’s definitely a case of “actions speak louder than words”.
Tips For Understanding the Indian Head Wobble:
Keep in mind these pointers and you’ll be well on your way to making sense of the Indian head wobble!
• A fast and continuous head wobble means that the person really understands. The more vigorous the wobbling, the more understanding there is.
• A quick wobble from side to side means “yes” or “alright”.
• A slow soft wobble, sometimes accompanied by a smile, is a sign of friendship.

So, if you’re in India, get out there and get your head wobbling.  It will almost always elicit a response, a smile or a friendly word.

5 thoughts on “Wobbling towards Understanding”